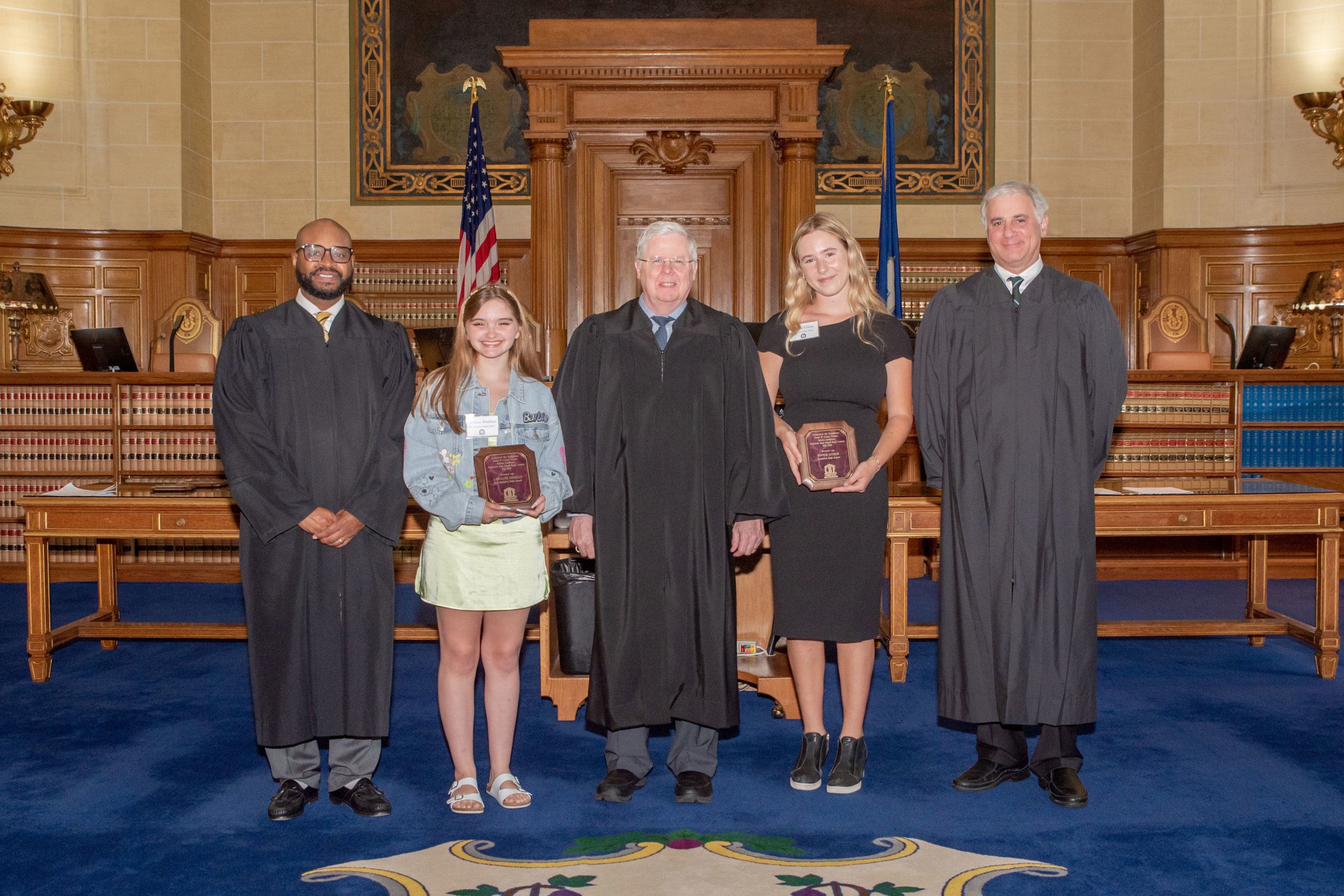 A statewide high school essay contest focusing on the COVID-19 pandemic generated a record-breaking number of submissions from across Connecticut, according to the Connecticut Bar Foundation (CBF).

Junseong Jo, a senior at Canterbury School, is the statewide winner of the contest. The two runners up are Caroline Dziekan, who recently graduated from East Hampton High School, and Sophie Citron, a senior at Greenwich High School. Jo was awarded a $2,000 cash prize while Dziekan and Citron each won $1,000.

The theme of this year’s contest was “Throwing Away Our Shot?” Students played the role of attorney in writing their essays, advising a school district on how to handle student complaints and appeals with regard to a certain COVID-19 policy.

Students were asked about whether a policy of excluding unvaccinated students from sports and extracurricular activities due to limited resources should be upheld, and whether a student who was vaccinated – but had severe underlying health issues – should be allowed to return to in-person learning.

James W. Cooper Fellows – a group made up of state and federal judges, law school professors, and practicing attorneys – volunteered their time to judge the essays.