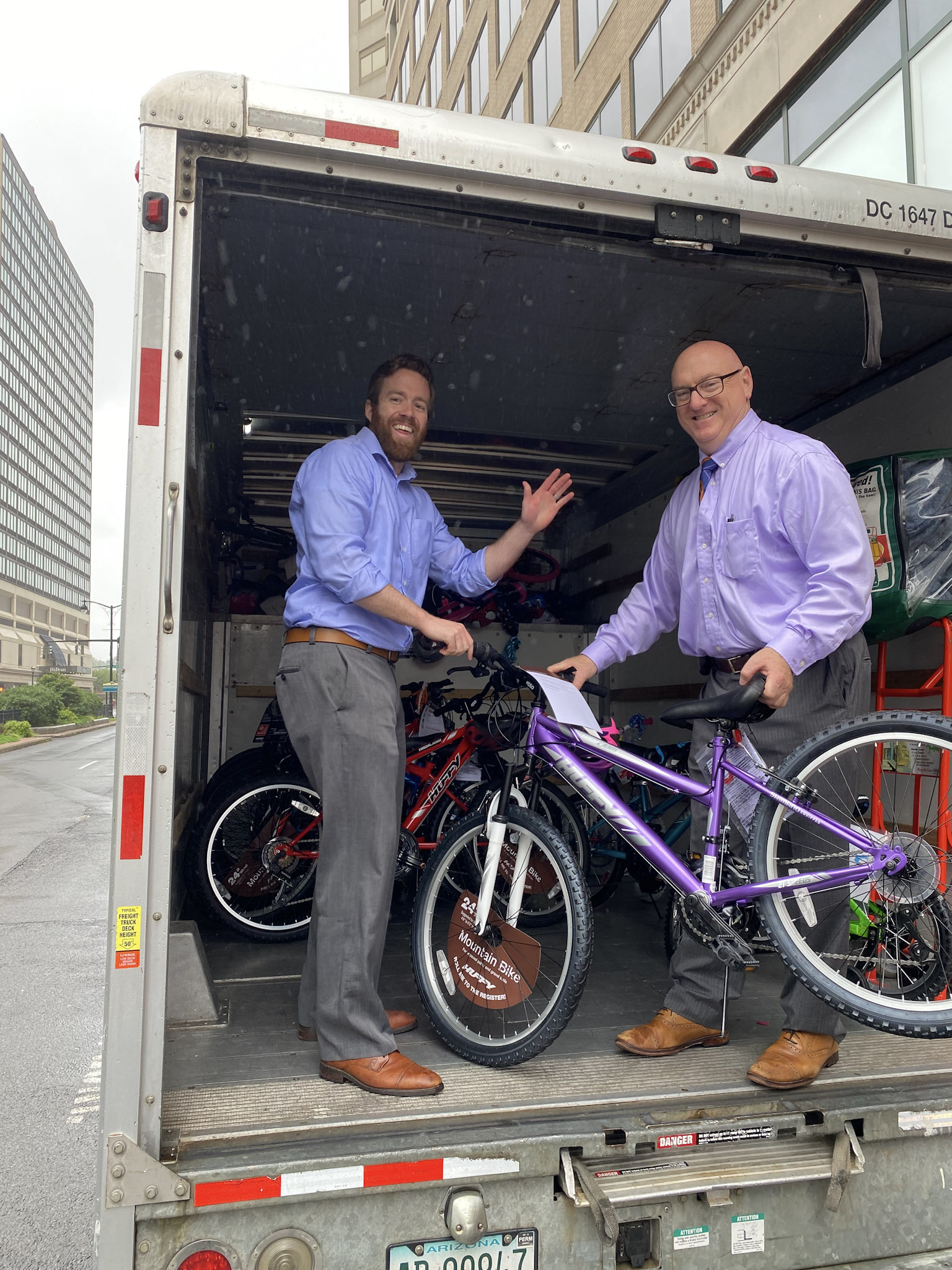 Attorneys and staff at the law firm hosted a “Return to the Block Party” event in late June on Pratt Street in downtown Hartford during which they donated around 110 bikes to three local organizations that support families in the Hartford area, organizers said.

The three organizations include the Boys and Girls Club of Hartford, the Wilson-Gray YMCA and the Salvation Army. These groups will distribute these bicycles to children and teens in the area, officials said.

The event also featured food, local businesses and entertainers, such as The Magic of Christopher, a local wandering magician. For the event, Hartford Prints designed a commemorative illustration that was designed by Hartford Prints and was the basis for a community painting by Painting with a Twist. Block Party guests were invited to take pictures with Chew Chew, the mascot for the Hartford Yard Goats, and play games such as cornhole and giant Jenga.

Day Pitney hopes to make the block party and bicycle drive an annual event. It hosted one in 2019 in honor of the firm’s 100th anniversary.

To see more photos from the event – go here.