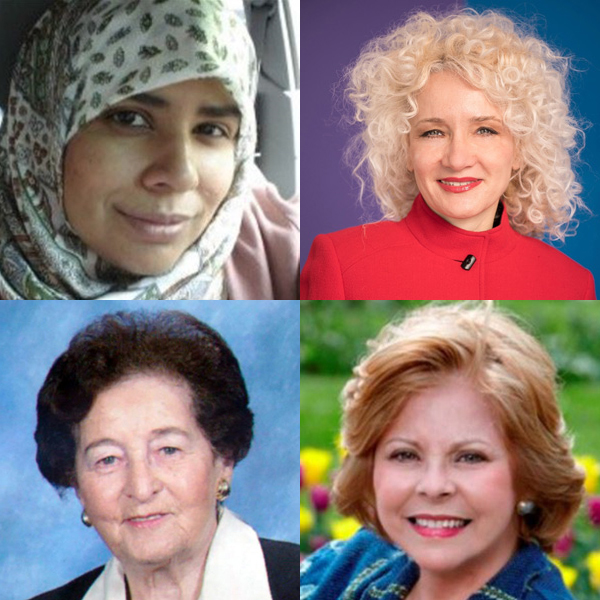 A Holocaust survivor, a corporate attorney, a scholar and Islamic Chaplain, and the interim president of the University of Connecticut will be inducted by the National Immigrant Heritage Center into the Immigrant Heritage Hall of Fame this July.

The New Britain-based center will honor the inductees at a gala scheduled for July 14 at the Aqua Turf Club in Plantsville. This will be the first time all inductees are women.

“The organization is trying to make the state and nation aware of the major contributions made on a daily basis of millions of people born overseas,” said Demetrios Giannaros, president of the National Immigrant Heritage Center.

The four inductees, Giannaros said, stand out for a variety of reasons.

Judith Altmann is a Holocaust survivor who immigrated to the United States in 1948. She is a member of the Holocaust & Human Rights Education Speakers Bureau and is Vice President of the Holocaust Child Survivors of Connecticut.

Marilda Gándara was born in Cuba and fled with her mother when she was 10 years old. She is an attorney who specialized in real estate and managed a $5 billion real estate portfolio during her 30 years with Aetna. She is a former president of the philanthropic AETNA Foundation, has been honored by many nonprofits, including Hispanics in Philanthropy and the Urban League of Greater Hartford.

Dr. Aida Mansoor was born in London and her parents came from Sri Lanka. She is founder of the Moslem Coalition, the Walk Against Hunger, and is Director of Field Education for Hartford International University for Religion and Peace. With Masters’ Degrees in Community Health and Christian-Muslim Relations, as well as an Islamic Chaplaincy Certificate, she has been presenting about Islam since 1999. She has previously been honored with the Human Relations Award from the National Conference for Community and Justice.

Dr. Radenka Maric was born and raised in the former Yugoslavia, is Vice President for Research, Innovation and Entrepreneurship at the University of Connecticut and also is serving as the university’s Interim President. An expert in technologies for clean energy and sustainability, Maric is also a painter, pianist, and an amateur chef, and she speaks four languages including Croatian, English, German, and Japanese. She holds the rank of Fellow of the American Academy of Arts and Sciences, the National Academy of Inventors, and the International Association for Advanced Materials.

“We want the public to know that all of us are making contributions no matter what our ethnic background is, no matter religion or cultural background, or where we were born,” Giannaros said.

The induction event will also include performances that will reflect the backgrounds and heritage of the inductees, coordinators said. The keynote speaker will be Angelina Gadeliya, professor of Piano and Coordinator of Keyboard Studies at UConn. Gadeliya, born in Sukhumi, Georgia, moved to the U.S. in 1990 from Ukraine. She has been studying music since she was 5 years old.

More information about the inductees and the gala event is available here. Tickets are now on sale.