The Village for Families and Children Honors Women Leaders

The Village for Families and Children plans to honor two women as part of its annual “Girl Within” event scheduled for December. The Village has named the president and CEO of United Way of Central and Northeastern Connecticut as its Woman of the Year, and a peer leader from Rockville High School in Vernon is the Young Woman of the Year. 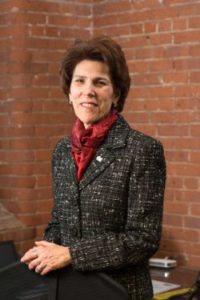 Woman of the Year Paula Gilberto will retire as president of the United Way of Central and Northeastern Connecticut in December, wrapping up a nearly 44-year career working in the non-profit sector.

“She’s done so much for the community,” said Sarah Thompson, The Village’s senior director of marketing and communications. “We are thrilled to have her. The United Way and The Village have been partners for a very long time.”

Gilberto began her career at the American Red Cross, joining the United Way in 1998 as Vice President of Community Services. She was promoted to Senior Vice President in 2007 and became President and CEO in 2016. She led many of the United Way’s public/private partnerships in grade-level reading, student achievement, financial security, and workforce development.

Young Woman of the Year and 2021 Rockville High School graduate Saher Ashraf is a member of Real Talk, the youth group of the Vernon ROCKS Coalition, which aims to prevent youth substance abuse. Saher has helped to bring attention to substance use awareness campaigns using a variety of platforms including social media and billboards. 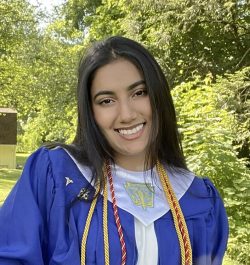 “She has been really instrumental in that as a peer leader,” Thompson said. “She’s an amazing peer leader for both intervention, really reaching peers who are struggling, and prevention work as well.”

This year’s “Girl Within” program will be virtual, as was last year’s, Thompson said.

“This event usually draws hundreds of people,” she explained. “We want to keep everyone safe, but not miss the opportunity to hold the event.”

Admission for “Girl Within” is free, but people can donate if they want. The event is scheduled for noon until 1 p.m. Friday, Dec. 3.

When registering, people can share their experiences dealing with challenges in their lives that will then be anonymously shared during the program.