After working for U.S. Senator Christopher Murphy for nearly a decade, Zachary Dendas has joined a Hartford firm as a lobbyist and legislative associate. 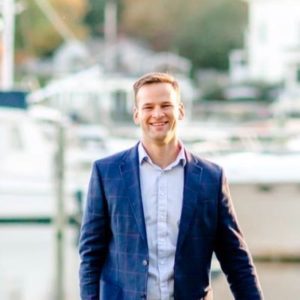 Representatives from Sullivan & LeShane, Inc. announced this week that Dendas joined their team. Dendas served in various capacities during his tenure with Murphy, most recently as Director of Outreach in Connecticut, working as a community liaison with the state’s policymakers and elected officials, according to a prepared release from the firm. Dendas was also Murphy’s director of special projects and a legislative correspondent.

“I have worked within the government sector for more than a decade, and I love being able to advocate for public policies which genuinely make a difference,” Dendas said in the release.

Dendas has also worked for various campaigns, including U.S. Rep. Jim Himes’ (D-4th District) in 2010 and Andy Garfunkel’s campaign for Norwalk mayor in 2011. A 2010 graduate from Quinnipiac University, Dendas has a Bachelor’s Degree in Political Science and History.