The state’s largest business organization has made additions to its membership and communications staff this summer. 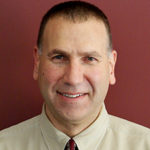 Recently the Connecticut Business & Industry Association (CBIA) promoted Joe Dias, who had been the group’s director of membership for 15 years, to vice president for membership.

“This promotion recognizes the additional responsibilities Joe has assumed around member engagement, benefits, and services in the past 18 months,” CBIA Service Corp. president Ken Comeau said in a statement on the group’s website. “He’s played a significant role in CBIA’s success during his tenure and will undoubtedly continue to do so in leading our team’s efforts and growth trajectory in membership recruitment and engagement.”

Before coming to work at CBIA, Dias worked as a global account director for AT&T.

Ali Warshavsky, a former broadcast journalist for television and radio, is CBIA’s new media and public relations manager. In addition to highlighting CBIA across messaging platforms, she is the new host of CBIA’s BizCast podcast.

“Following an unprecedented year, we are able to grow and strengthen our organization,” said CBIA president and CEO Chris DiPentima in the announcement. “These new team members join us at a time of tremendous opportunity.”