While the efforts of those involved in the women’s suffrage movement have been widely applauded, the work done by women of color has been minimized or excluded altogether, historians say.

The League of Women Voters of Connecticut says it hopes to draw more attention to the role of women of color in the fight for women’s right to vote by providing $12,500 in funding for two research projects through its 2021 Connecticut Women’s Suffrage Research Fellowships.

The LWVCT has awarded fellowships, created by the group’s Education Fund, to Kathryn Angelica, a Ph.D. student in History at the University of Connecticut, and Brittney Yancy, an Assistant Professor of Humanities at Goodwin University. 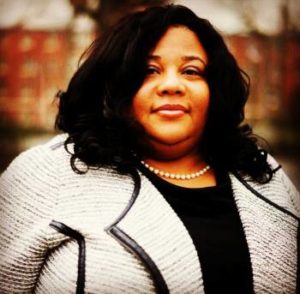 This is the first year the fellowships have been awarded, and the LWVCT thought it was the right time as the group is celebrating its 100th anniversary of its founding. The 19th Amendment, which granted women the right to vote, was ratified on Aug. 19, 1920, but the timeframe the women will examine is the period between the 1890s and the early 1920s.

“We decided to foster some research and this year we focused on women of color and in the time period that the women’s suffrage movement happened,” LWVCT President Carol Reimers said. She added the two women are offering a slightly different approaches, with Angelica’s project being more research focused while Yancy, who will be continuing research she started with the Connecticut Historical Society, will then create opportunities to educate the public on it.

Angelica said she plans on combing through records at local historical societies as well as at larger libraries at Yale and UConn. Angelica says she hopes to learn more about the contributions of women of color, and their experiences. 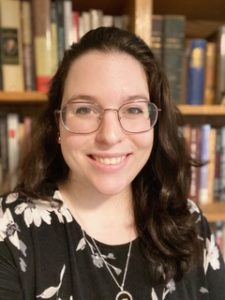 “This fellowship is an opportunity to delve more into local history but also what suffrage has looked like over time,” Angelica said. “These women wanted more than the vote. They wanted to have a fully-realized political voice that included a variety of issues.”

Yancy, who is completing her doctorate from UConn in 20th Century History, will continue the research she conducted with “The Work Must Be Done: Women of Color and the Right To Vote” digital archive project, which can be accessed at the Connecticut Historical Society’s website.

“Women of color were active leaders who developed their own associations, both nationwide and state-based, to achieve social and political reforms, including working for woman suffrage,” according to the project description at CHS.

Yancy’s fellowship will “result in the public dissemination of new research and tell a more complete history about women of color suffragists, anti-suffragists, and activities,” according to the LWVCT press release.