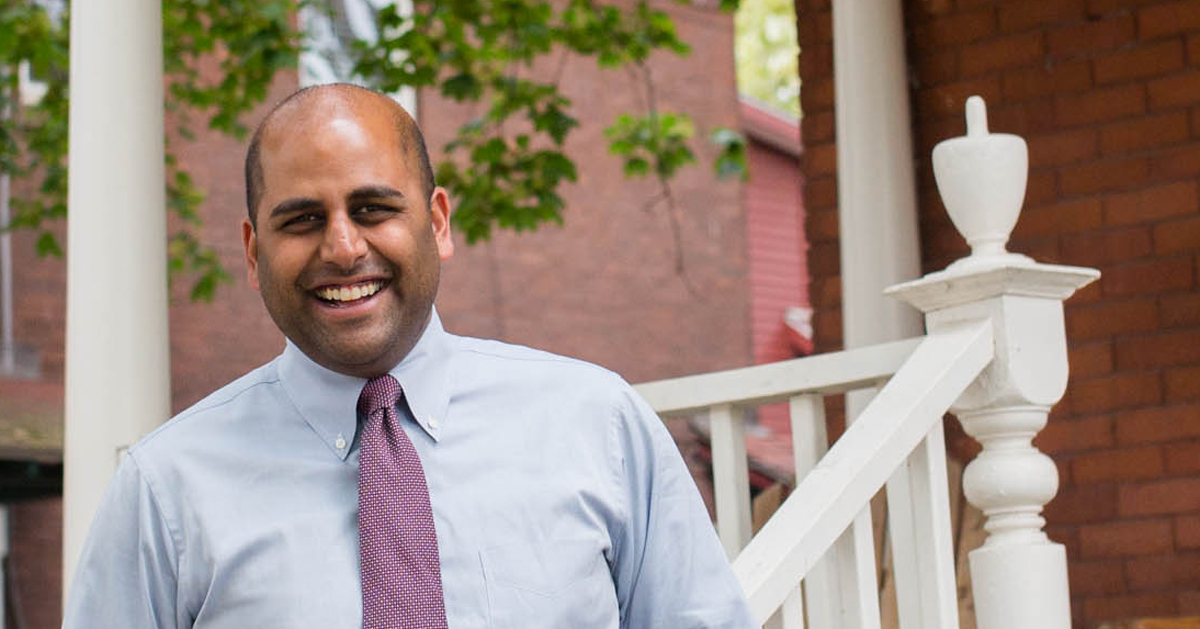 HARTFORD – Arunan Arulampalam is stepping down as Deputy Commissioner of the state Department of Consumer Protection to join the Hartford Land Bank, Inc. as its new Chief Executive Officer, the land bank’s board announced Monday.

Arulampalam, a resident of Hartford’s south end, said he is looking forward to empowering local residents and building up wealth in local neighborhoods through the nonprofit’s mission of rehabilitating blighted properties.

“In this role I hope to grow a pipeline of Hartford developers of color who can acquire capital working on Land Bank properties, youth in our city who can acquire skills in the construction trades by working on those properties, and renters in our city who can become homeowners by purchasing those properties,” Arulampalam said in a prepared release. “If we can do that the Land Bank will create sustainable generational impact by building generational wealth.”

Arulampalam and his wife purchased a vacant and blighted property on the border of Frog Hollow and Barry Square to raise their family. He said that the street has three other owner-occupied homes, adding that Hartford has a homeownership rate of 24%, according to the release.

“Every day I see the disparities between the homeowners on my block, and those who are at the mercy of out-of-town landlords. I hope the work of the Land Bank can help break that cycle in neighborhoods like mine by giving voice and power to the residents,” he said.

Hartford Mayor Luke Bronin said Arulampalam will be an asset in helping the Hartford Land Bank create homeownership opportunities and encouraging investment. “I’m thrilled that Arunan will be leading the Land Bank, because I know that he loves Hartford, he believes in that mission, and he’ll work tirelessly, skillfully, and with a huge sense of urgency in doing that work,” Bronin said in the release.