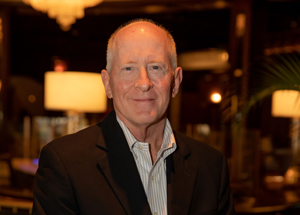 Foxwoods El San Juan Casino has hired an industry veteran with nearly 40 years of gaming and hospitality experience as its general manager, representatives announced this week.

Stuart I. C. Levene will oversee the construction and re-opening of the casino, located in the Fairmont El San Juan Hotel on Puerto Rico’s Isla Verde Beach. He will also hire a management team and another 125 people for various positions in the fall.

“As we work toward bringing economic and employment growth – as well as our award-winning gaming experiences – to Puerto Rico, we felt there was no one better to help lead the charge,” Rodney Butler, Chairman of the Mashantucket Pequot Tribal Nation, said in a prepared release. “Stuart has a proven track record for forming and leading successful teams, as well as growing customer loyalty in this market, and we’re thrilled to have him on board.”

Levene was most recently the Casino Consultant for the El San Juan Casino, LLC. Among other positions, Levene was also Casino General Manager at San Juan Marriott Resort & Stellaris Casino in San Juan and was also the longest-serving Casino Committee Chairperson for the Puerto Rico Hotel & Tourism Association.

“Foxwoods and the Mashantucket Pequot Tribal Nation have already built one of the world’s top resort casino destinations, and I look forward to collaborating with them to bring a similarly successful, first-class experience to El San Juan – which will undoubtedly have a positive impact locally,” Levene said in the release.

In addition to the Foxwoods El San Juan Casino, the Mashantucket Pequot Tribal Nation and LionGrove are working to reopen the Tropicoro entertainment venue. Between the two projects, Foxwoods’ representatives say they estimate bringing $22 million back into Puerto Rico along with 360 new jobs.