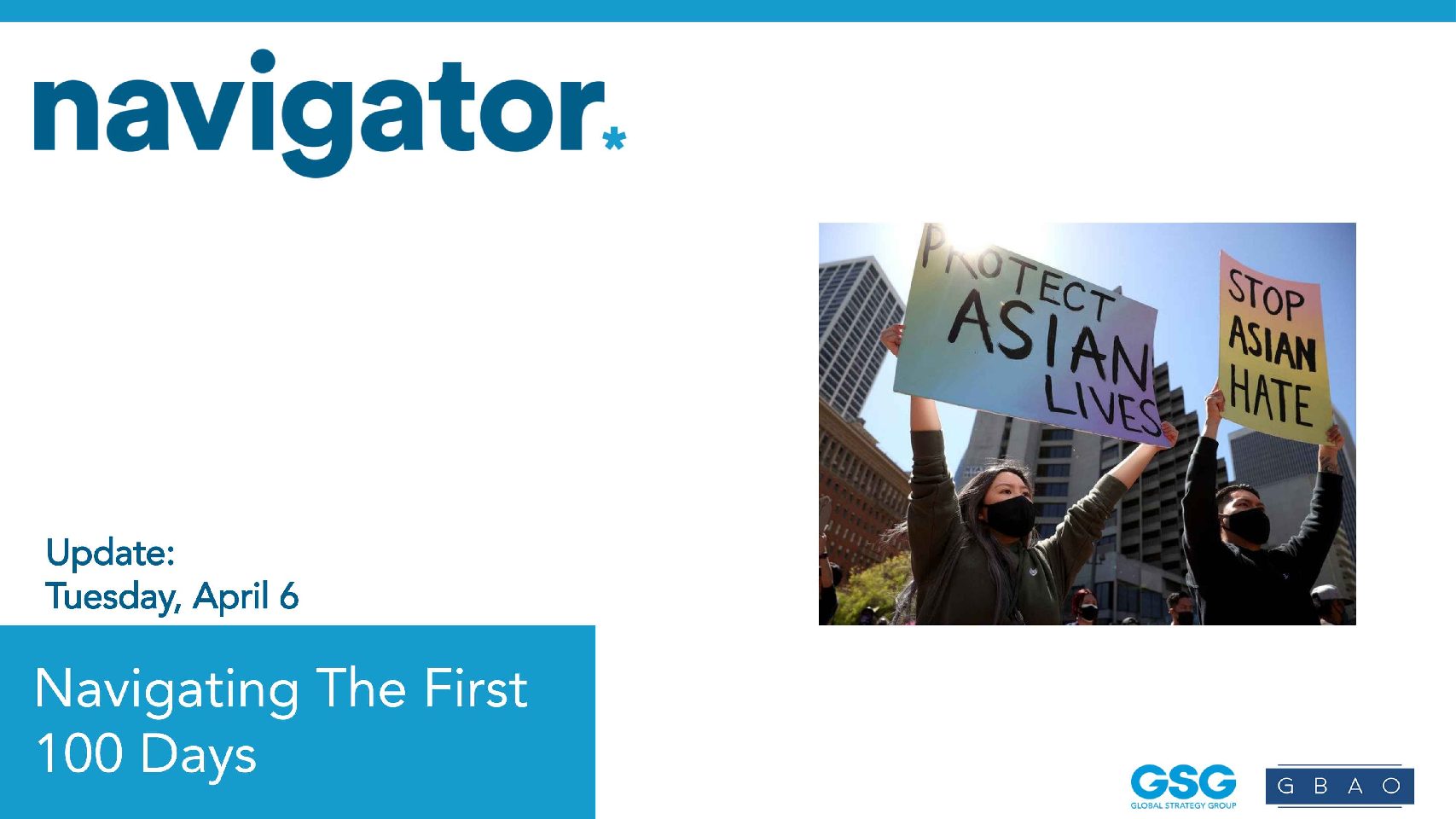 A majority of Americans see a rise in anti-Asian violence as a “very serious problem” and want political leaders to focus on the problem, according to a recent survey conducted by Global Strategy Group and NavigatorResearch.org.

The results of the survey, released Tuesday, April 6, also show that nearly 8 in 10 Americans support enforcing universal background checks on every gun purchase and cracking down on the spread of misinformation and hate speech against Asian Americans, according to the report.

The findings are based on responses from 1,002 registered voters, conducted March 25-29. According to Navigator’s web page announcing the results, additional interviews were conducted among 103 Hispanic voters, 100 African-American voters, 100 independents without a partisan lean, and 100 Asian American and Pacific Island voters.

In March, eight people, many of whom were Asian women, were shot and killed in three Atlanta-area spas. Robert Aaron Long, 21, has been charged in connection with the killings. Over the last year, there have been nearly 3,800 incidents targeting Asian Americans, according to Navigator.

A PDF of the full report can be found here.

GSG’s statement about recent attacks on Asian American people can be found here. 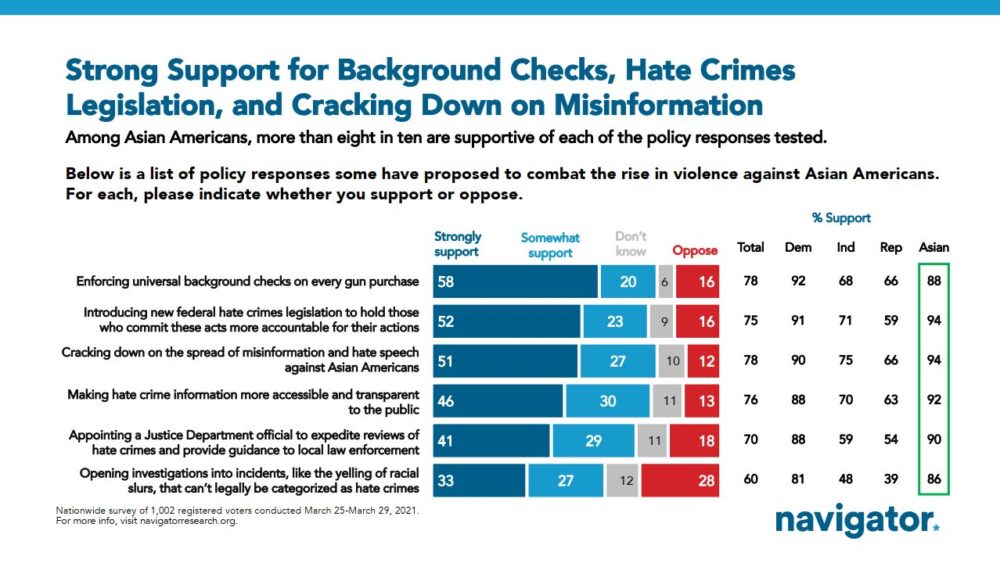