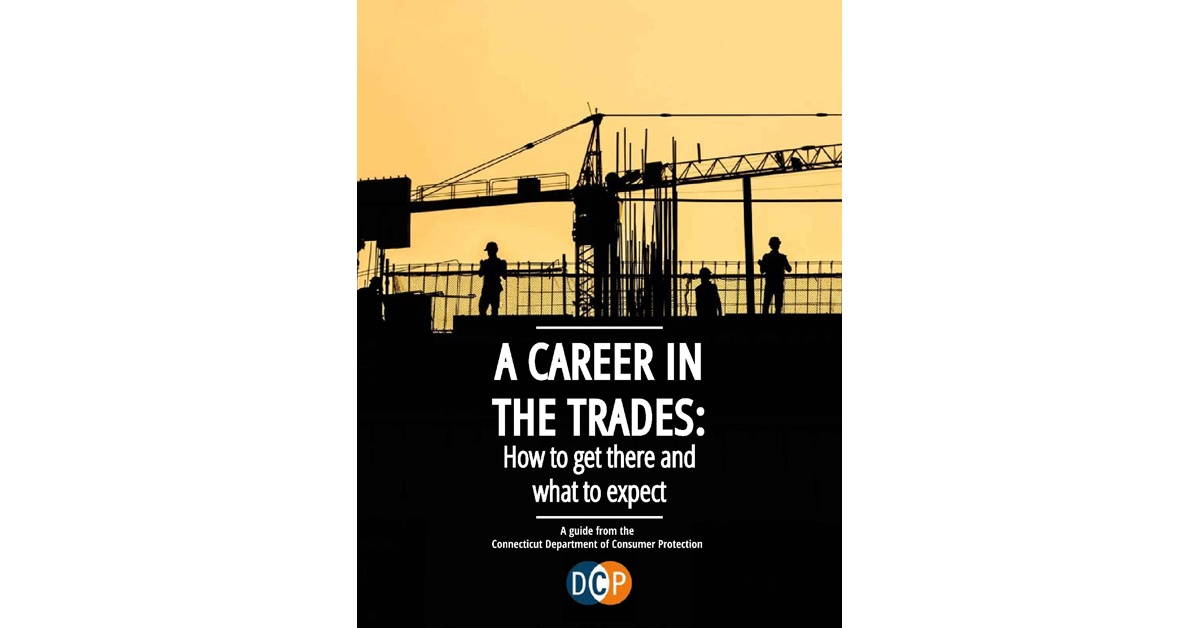 The state is hoping to encourage a broader group of people to pursue careers in the skilled trades by publishing a step-by-step guide to finding education, training, and other information that can lead to employment in those industries.

Gov. Ned Lamont, Lt. Gov. Susan Bysiewicz, and Consumer Protection Commissioner Michelle Seagull announced the launch of the guide, titled “Careers in the Trades,” on Tuesday. It has been published in seven languages and is available online.

“This guide not only details the types of apprenticeship and job-training programs in the state, but it also provides workers with the blueprint needed to address potential barriers to employment or education such as childcare and reliable transportation,” Bysiewicz said in the announcement.

Staff from the state Department of Consumer Protection, along with the state Departments of Labor and Education and former tradespeople, wrote and produced the guide, which was DCP’s contribution to the work of the Governor’s Council of Women and Girls.

Consumer Protection officials say that there are many opportunities opening in various industries including electrical, elevators and conveyors, fire protection sprinkler systems, plumbing and lawn irrigation, and heating and cooling.

Seagull said the state recognized the need for a resource that is easily accessible and comprehensive to encourage a broader group of people – including women and disadvantaged groups – to pursue these sorts of jobs.

“We hope that these resources can help people pursue careers that lead to stable employment and higher wages,” Seagull said.

The guide goes over information including what kinds of clothes people will need for a trade job, where they would need to go for a license, particular suggestions about where to look for a job (including how to handle a gap in employment), and how to stick to a budget.

The guide is available in English, Spanish, Portuguese, Haitian Creole, Korean, Chinese, and Polish. It can be found here.