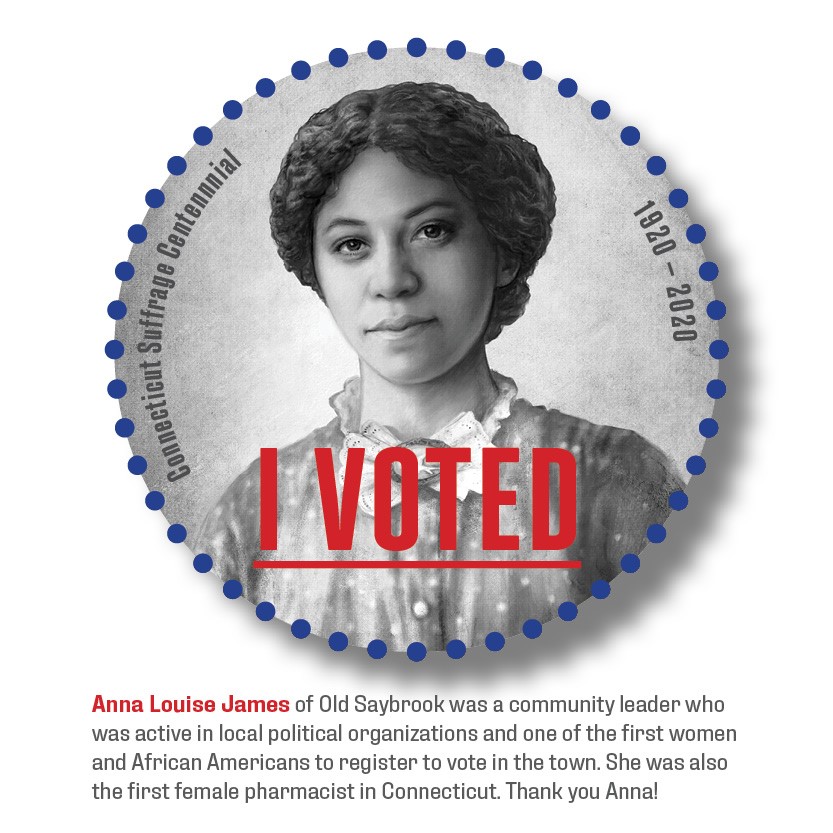 HARTFORD – The U.S. Election Assistance Commission recently recognized Connecticut’s Commemorative Suffragist “I Voted” Stickers as one of the recipients of its 2020 Clearinghouse Awards.

The stickers were designed by Wilton resident Pamela Hovland, a graphic designer and faculty member at Yale University, to honor Connecticut women who fought for women’s right to vote.

“We started this project to commemorate the 100-year anniversary of the ratification of the 19th Amendment, which ultimately gave women the right to vote,” state Secretary of State Denise Merrill said in a press release issued by her office. “Even though the COVID-19 pandemic derailed some of our plans to mark this centennial, these special women’s suffrage ‘I Voted’ stickers were able to put a smile on voters’ faces across the state.”

Hovland said she hopes that the “project inspires others to research – and make visual – the many diverse and often unknown stories of the brave women who fought for suffrage.”

Officials said there were 137 submissions for the awards, tripling the submissions from 2019. The “Clearie” awards recognize efforts of the country’s election officials and were judged based on “each initiative’s depiction of positive results, innovation, sustainability, outreach efforts, cost-effectiveness, and replicability.”

The stickers can be accessed here.