Bringing the Voices of the Underserved to the Table

In order to bring about real change when it comes to racism in this country, policymakers need to remember racism isn’t just about red caps, the South and Jim Crow, according to Josh Gray, Vice President of Strategic Alliances & Policy at the National Coalition on Black Civic Participation. 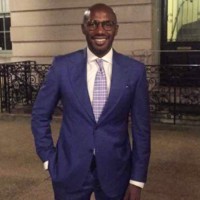 Josh Gray of the National Coalition on Black Civic Participation

“We have to really address redlining in non-southern states when we actually think about racism through policy,” Gray said on this week’s “The Political Life” podcast with host Jim O’Brien. Gray grew up in Berkeley, California which, while known as a liberal city, is a racially divided one, he said.

He recalled being a part of a Boy Scouts troop. When it was his turn to host an event, the other members of the group would cancel because they felt it was “too dangerous” in South Berkeley.

Gray eventually found meaningful support through an afterschool program where he met a tutor, Jackie, who, along with her husband Larry, became parental figures to Gray and with whom he still has a close relationship.

The National Coalition on Black Civic Participation is now celebrating its 45th anniversary, and works to increase “civic engagement and voter participation in Black and underserved communities,” according to its mission statement.

Gray said the organization focuses on achieving racial equity across a variety of issues including registering to vote, getting people out to vote, supporting black entrepreneurship as well as health matters and family paid leave.

“There could be another Josh Gray out there,” he said.

“The Political Life” podcast, which explores guests’ stories about their involvement in the political world, is available on various platforms including Spotify, Google, and Apple podcasts. For more information, visit https://the-political-life.podcastpage.io/.

Host Jim O’Brien has his own government relations firm, The Connecticut Group, LLC, and has worked in government and politics for 25 years.