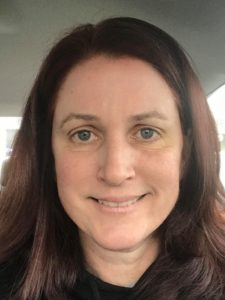 Former reporter Julie Martin Banks is back on a writing beat.

Banks, who was previously a reporter for the Naugatuck Daily News in Naugatuck and the Journal Inquirer in Manchester, has begun writing for the website’s 210 Capitol Ave blog, which was launched in February 2020 and almost immediately placed on hiatus as the pandemic hit Connecticut.

The blog is focused on the state Capitol community and it will include news about the people who work for the member firms in CTNewsJunkie’s Directory of Political Pros, among others.

Since 2011, Banks has worked as an intellectual property paralegal.

If you have an idea for a story about life and work at the Capitol, let us know! Banks can be reached by email here.