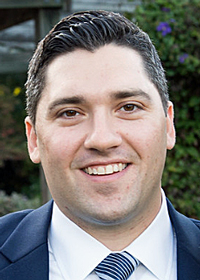 Kevin B. Spinella – who this week joined Gaffney, Bennett & Associates – started as a legislative aid for the House Democrats in 2010 and over the past 10 years became one of the key sausage-makers at the General Assembly in Hartford.

Spinella worked his way up to senior policy analyst to House Speakers Brendan Sharkey and Sharkey’s successor, current Speaker Joe Aresimowicz, playing a key role researching and helping to analyze policy and programs as well as drafting and finalizing legislation.

He also served as a liaison and negotiator between legislators on both sides of the aisle, the Executive Branch, and advocates and lobbyists on priority issues. With respect to elections, Spinella was a campaign coordinator for the House Democratic caucus during the 2010-18 election cycles, and was responsible for helping to develop strategies, prep candidates for debates, and coordinate events with Congressional and U.S. Senate campaigns.