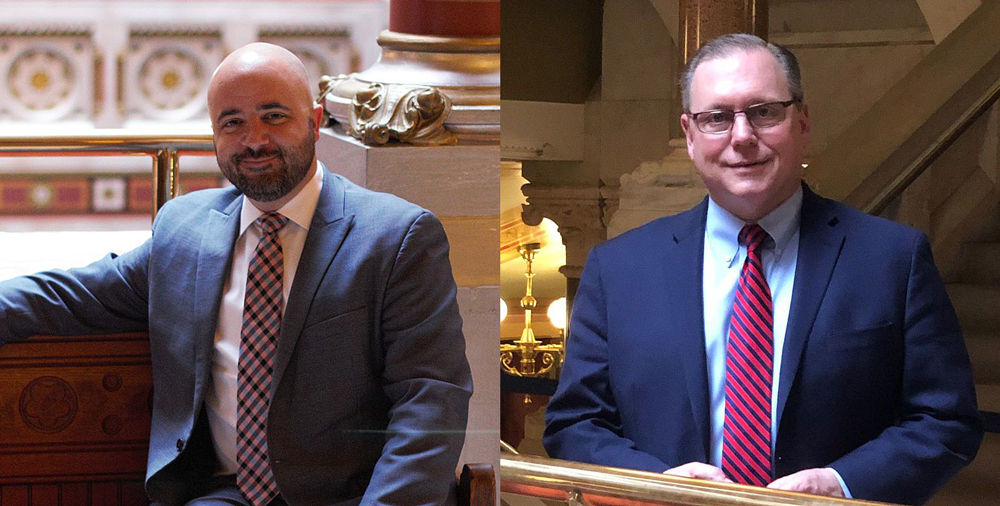 Rome Smith & Lutz has promoted Chris Smith to partner and also added John Harkins to the firm, providing RSL with deep connections on both sides of the aisle.

Both Smith and Harkins “have been fixtures in CT government, politics and lobbying for over 40 years combined, and we are excited to have both of them assuming new roles and lending their expertise, expansive relationships, and strategic acumen to Rome Smith & Lutz,” RSL said in a release.

Smith is the former Director of Policy and Government Affairs for the Malloy administration – essentially the governor’s chief lobbyist – and had served as Vice President at RSL since he rejoined the firm in 2017.

“His experience and relationships with legislators and staff combined with deep knowledge of the inner workings of the executive branch make him an incredible asset to our team and our clients,” RSL Partner Kathie Lutz said.

Harkins served as a Republican state representative in the 120th District for 13 years and was Mayor of Stratford for two consecutive terms starting in 2009. In the House, his appointments included Deputy Minority Leader at large, Caucus Chairman, Assistant Minority Leader, and Ranking Member for the Transportation Committee, Select Committee on Aging, and Veterans Affairs Committee.

“I’ve known John since he was first elected to office over twenty years ago,” Partner Pete Smith said. “His honesty, integrity and commitment to achieving results are top-notch. We’re pleased John is joining our team and looking forward to having his skills, relationships and expertise help our current and future clients.”